I went out shooting the other night, and wore at least an inch off my legs, walking. And walking. And then, for a change, walking. The wallaby were scarce, and when I found any, jumpy (yes, they're always jumpy, but more-so than usual) Now, trust me on this they're really no scarcer. The weather seems to affect their behavior, and evenings are always harder work than mornings. Mornings on the other hand really, really mean getting out of a warm bed when it is cold out there - winter is rushing towards us with a sudden rush - days have been glorious (and I've had to work - the only good thing is, so has my dive partner) We had our first frost last night :-(. The other downside with mornings is you can shoot in the dark, but the wallaby go into the bush when it is light. Twilight is my favorite time for it.

Now around here, most people drive to shoot, and shoot from the ute, but I like the old long hunter ways. There is a tranquility and a one-ness with the environment I hunt in. Well, except when I am shortening my legs. I gather that according to David Gerrold and his mates I'm one of the 'little people' so maybe a good thing I'm making my legs shorter. Still, I was glad after about 6km hike (a zig-zag one,) to see the ute, and three Wallaby. I shot two of them, all of 70 yards from the vehicle. Less carrying, and if I had been more patient, less time.

I started on the firewood today. What do you mean, 'it's a bit late.'? I know. I've just bee too wrapped up in other projects. Any way first ute load is in. We get through winter on about 4, and it it takes me about an hour and half -two hours to fill the ute. The chainsaw is a thing I would hate to do without!

Oh the next Bolg, PI Novella is up on Amazon.

A couple of days ago things got really cheerful and expensive looking (Yes, I have had moths flutter out when I open my wallet. Bloody thin moths too). The faithful Speed Queen (was dead if you're American, salute. This is one of the best products out of the US I've ever encountered - seeming still made the 'old' way. Big, solid, relatively simple, and robust.)after 20 years of cleaning Freer clothes - mine are a challenge to excavators, and two boys growing up is going to always be rough, even without them being tru-blue Freer boys - ie. good at getting filthy, covered in mud, blood and grease and kindly letting their clothes share. It had had hard, faithful life, and baring some minor hiccups with the solenoid last year... done itself proud.

I prepared for a suitable burial with full military honors, as it certainly died in service - it washed my old army jacket that I use for muttonbirding as it's last item (yes that could have killed most things). I cowered in terror before the specter of replacing it - a new one costs $2300! It would have to be something else, cheaper.

But as a last, forlorn hope I called up my evil mechanical persona, Doktor Monkenstein (who I believe lives in a turreted gothic rocket-propelled palm tree in Transylvania, at least in the swampy recesses of my mind.) Doktor Monkenstein came with all his surgical implements (and a thunderstorm for sufficient voltaic force). You know, your typical microsurgeon's equipment - 4 pound hammer, monkey wrench, shifting spanner, vice-grip. None of the right size sockets or spanners of course. Don't be ridiculous. I dissected the beast, and fiddled. My trusty hunchman... uh henchman, Jamie showed up at lunch time, and gave it a wiff of that wonderful revivifying gas AKA cow manure... and I replaced the solenoid (which hadn't quite died previously, and with care had allowed us to continue using the beast. Needless to say I had dissembled the whole thing for a task that actually needed... 1 screw to access it. Ah well, I had wonderful time putting it together and now have some lovely spare screws and bolts. There's barely any baling wire involved... Und you can call me Doktor Monkenstein... Cause I have a monster. It lives IT LIVES... Mwahahaahaaa!

It's actually working better now than it has for about a year - which is real worry (my fixing doesn't usually do that) even though the relief is vast.

Besides these little adventures into terrorizing machinery back to life, I have been moving a cupboard and huge bookcase into my study/office. This necessitated 1)lots of lifting, straining grunting and sweating (they both weigh more than me, IMO and it's just easier to do it alone. 2)A triumph of getting big things in narrow gaps. As the actress said to the Bishop 'it'll fit in if you wiggle it enough'. And yeah, it was case of less than 1/8 of inch on one, and a little surgery (Monkenstein had to be restrained from the chainsaw. A hand-saw did the job.) with the other.

Of course it is never simple... that's meant reorganizing my study, and the existing 'book-shelves' (AKA lots of bricks and planks, and 2 bookcases).
I am in tears and snuffles. Not because it is tragic - indeed I'm well pleased, but because books really do hold a lot of dust.

And I kept finding things I really really must read again.

I've got, courtesy of my mate Peter, a huge window to put in the container/workshop. I now have to work out a hinge for it. This may be too hard even for Monkenstein (it's aluminum. Monkenstein works best on steel or at pinch wood) but I'll let him have a go, if I fail.

A experiment into letting you see my world

Norm - my dive partner, was given a Gopro camera for Christmas. It's now April... neither of us have a lot of interest in electronic gadgets to be honest. We like diving spearing fish, catching crays, collecting abs... But we tried it out on last Saturday. That is to say, I did.

I got about 40 minutes of dreadful selfie (yes, I thought the camera was facing the other way)

I'm trying editing out some good bits so I am going to see if I can embed it here.

Hmm. No. No video. Here are some pictures anyway. 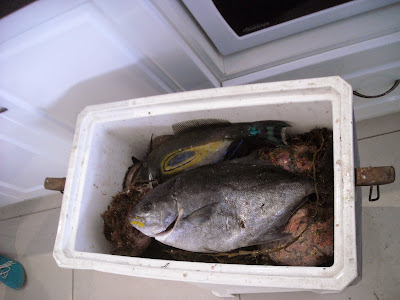 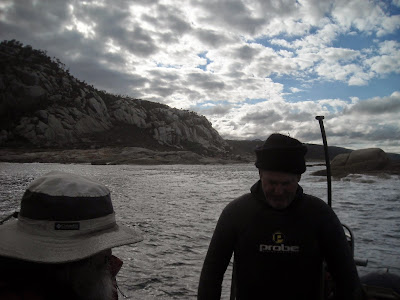 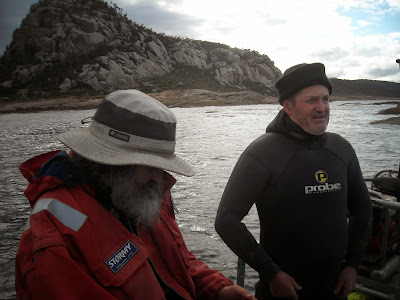 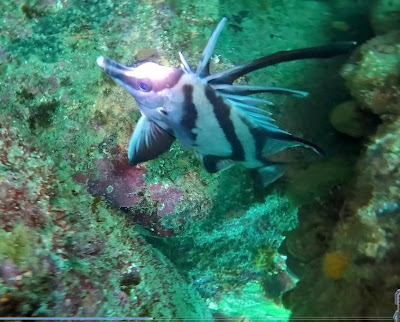 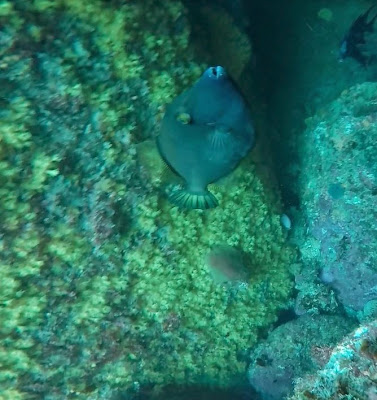 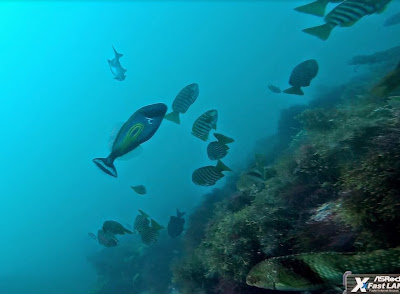