The beating of the fans on the window

Now of course as you all know with the life of an author, in between vintage champers and caviar lunches with our grovelling sycophantic publishers and the arrivals of pantechnicons full of cash (because almost every red cent of that money you pay for a book comes to us) and 10 minutes of writing we do do every two weeks, the other issue is the endless sound of fans beating against the windows of your palatial mansion, begging you to write more...

Yeah well... back in the real world this is about as close as it gets 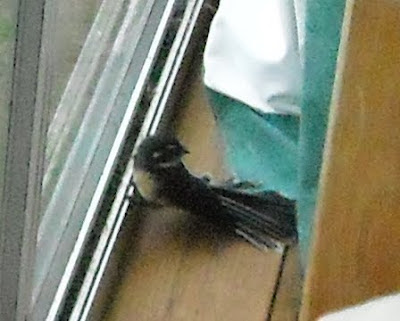 The fantail in question was beating on the window... but he wanted out, rather than me writing more. I caught and held the fragile fellow in cupped hands and took him out to fly off, without as much as small blessing on my hands. Still, he and the robin where at the fountain later, giving back some pleasure in their noisy bath. It's not a mansion, and my 'fans' seem like a handful of decent people who yes, do nag for books, but know it takes me many hours of work, for which I get 64 of those red cents per book. But I still love doing it. So: I decided I wouldn't mention what the kookaburra had been doing in there. The birds were happy without knowing. 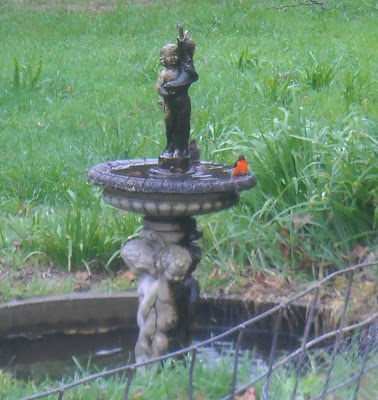