Well, Flinders Island made the headlines this morning, with the plane our dogs and cats came over on making an emergency landing in the trees on Mt Strzelecki. 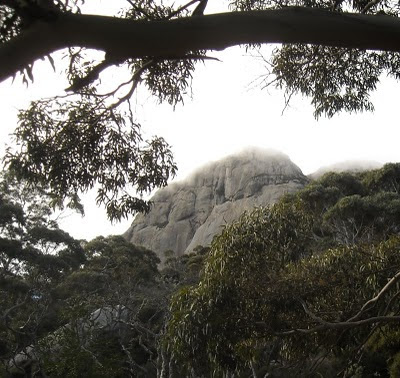 It does say quite something, I think, for the pilot, that they all walked away from it. Anyway, it was an all night rescue epic, and I felt very guilty that I was tucked up in my little bed instead of helping. Will volunteer for the SES (in my copious spare time). It's something I believe in though.

Anyway Marc and Bastien have flown out without any mishap, off to Queensland where I hope they have better weather. Marc made serious strides becoming quite my favorite relation by saying he quite understood why we came to Flinders and that it was fantastic!!!

Their last day here was chucking it down. We still squeezed in some early mornig climbing on the sea cliff at Emita, and Bastien had a Australian salmon school chase and take his hook (but he lost it) which we saw from the cliff-top. "Fantastic." (It got said a lot) Not I think for him as "fantastic" as the top. :-D 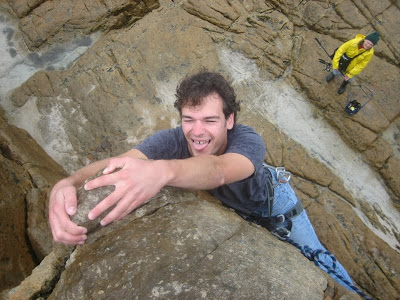 We then went to the show - which was both great and the saddest thing I have seen. The saddest part was the parade - for which not one single boat-owner (it was supposed to be a nautical theme) had come up with a towed boat-float for kiddies to parade on - so these four poor little urchins had a very wet miserable muddy walk around the parade arena, and most of the people stayed inside and did not come out and cheer. We did. Good for them. A humph for all those who thought using their boat for this purpose not worth while. We should be supporting our Island's kids (listen to me getting all proprietarial about our new home. But it is worth protecting) The fair was real country fair out of Agatha Christie, 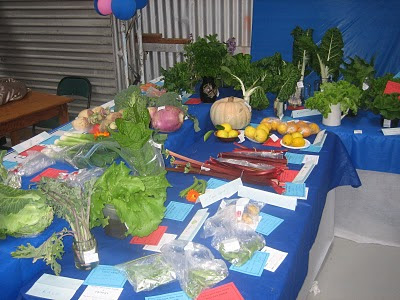 and my wife (as the model - dressed in Flinders winter-style bikini (ie - every item of clothing you can layer yourself with)) won first prize in the fishing photography section (it was Anne's picture of B with a squid). As is usual with these things on Flinders - it takes a lot of time to go anywhere, because everyone stops, chats and gets introduced - including some new arrivals to the island, who read the Blog. Pop in some time. We've made some friends this way already.

Then my scintillating conversation and the sheer excitement of Flinders Show caught up on the youth of today, (you can see them paying keen attention to every word I say) until it was time for them go and catch squid. That was icy... and not successful.

So we brought them home to eat for France. 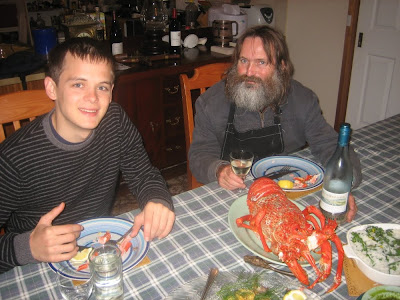